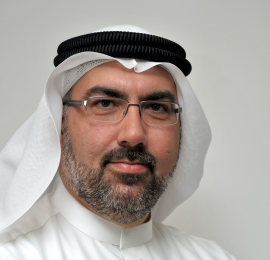 Al Shehabi is a co-author and editor with over 30 years of experience in journalism. He is currently the Director of Media and Public Relations at the University of Bahrain, and a member of “Al-Bahrain Al-Thaqafia” magazine’s editorial board. Al Shehabi has worked as a supervisor and trainer with ARIJ since 2008, and in Bahrain has contributed to the establishment of a number of local newspapers, including Al-Wasat, Al-Watan, Al-Waqt and Aswaq. In 2001, he was chosen from among 10 specialists to formulate a proposal for a new media law in Bahrain, and in 2007, won the Arab Journalism Award for political journalism.